A stroll through the Alleys of Trastevere

Literally translated, the word “Trastevere” comes from the Latin “trans Tiberim”, meaning “beyond the Tiber”; you pass by Garibaldi Bridge and you arrive on the right bank of the Tiber to get lost amidst colourful alleys and bohemian atmospheres.
To get there you can take tram number 8 from Largo Argentina, just less than two kilometers from our guest house My Suite Piazza di Spagna, or bus H from Termini station.
Whether you plan it during the day or in the evening, an itinerary to Trastevere means losing yourself into the most authentic heart of the Eternal City, with its fascinating narrow lanes, artisan workshops and quaint trattorias that make the way to the memorable films of our best cinema. 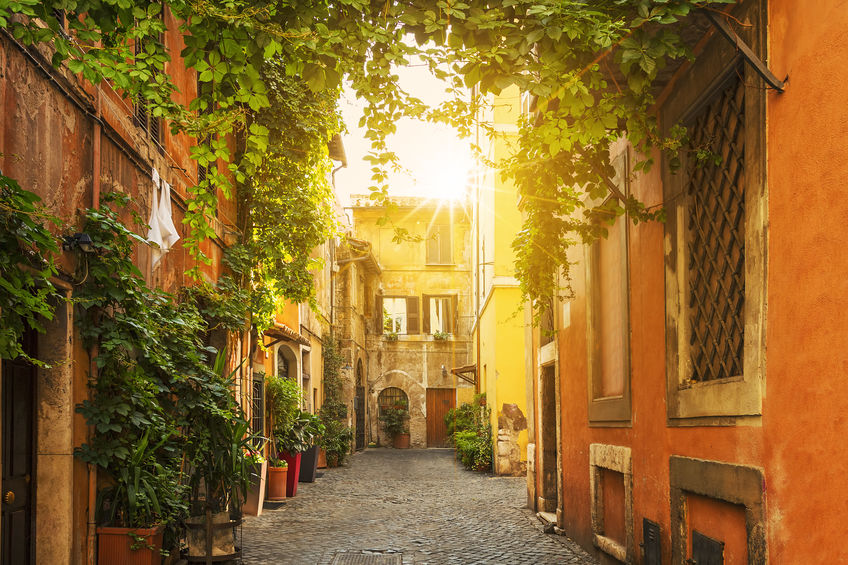 Start discovering the neighbourhood in the early afternoon; you can also walk past the Palatino Bridge and then slip along via dei Vascellari and reach the church of Santa Cecilia in Trastevere from the charming piazza dei Mercanti, with its ivy-covered walls.
From here, back to Viale di Trastevere, to explore the heart of this district, which rotates around piazza di Santa Maria in Trastevere, only 500 meters from Ponte Garibaldi. When you reach the piazza, take a seat on the steps of the fountain, one of the oldest in Rome; this fountain is fed by the Aqua Paola, which is said to have dredged Trastevere inhabitants’ before the advent of the town’s water network. The cobblestones all around speak an ancient language as well as small antique shops and artisan shops that dot the area. This lovely neighbourhood square is dominated by 12th-century Basilica di Santa Maria: step inside to admire the glittering mosaics.

If you go back to Piazza di Sant’Egidio, you will find the Museo di Roma in Trastevere, a soak in the history of the city folklore. From here you can go to the famous Piazza Trilussa, overlooking Ponte Sisto, to indulge in a nice aperitif comfortably seated in a bar, fascinated by the continuous coming and going of students, street performers and buskers.

Trastevere Itinerary: among trattorias and pubs

From Santa Maria in Trastevere to Piazza Trilussa, passing through picturesque alleys you can feel in the air the smell of good food. Vicolo del Cinque, Vicolo del Bologna, via della Scala or Vicolo del Moro full of pubs and trattorias where to stop for dinner and taste one of the many typical products of old Rome, from gricia to carbonara, maybe in one of the historic inns such as the Cencio (Vicolo de’ Cinque 3), where you should expect to be insulted by the waiters, as it is in the best tradition of the place.

After dinner, you can choose to wander through the streets of the district, which looks quite different at night, with many outdoor tables full of chattering people; stop for a night beer in one of the neighborhood’s many pubs such as Bir and Fud (via Benedetta 23), which offers a wide range of artisan beers. If you prefer to return to the hotel, you can go back from Ponte Sisto and Campo dei Fiori and reach the legendary Piazza Navona.

If you have a full day to plan an itinerary in Trastevere, we suggest to visit Villa Farnesina, Renaissance Jewel and seat of the Accademia dei Lincei, and to admire Rome panorama from the Gianicolo Hill. 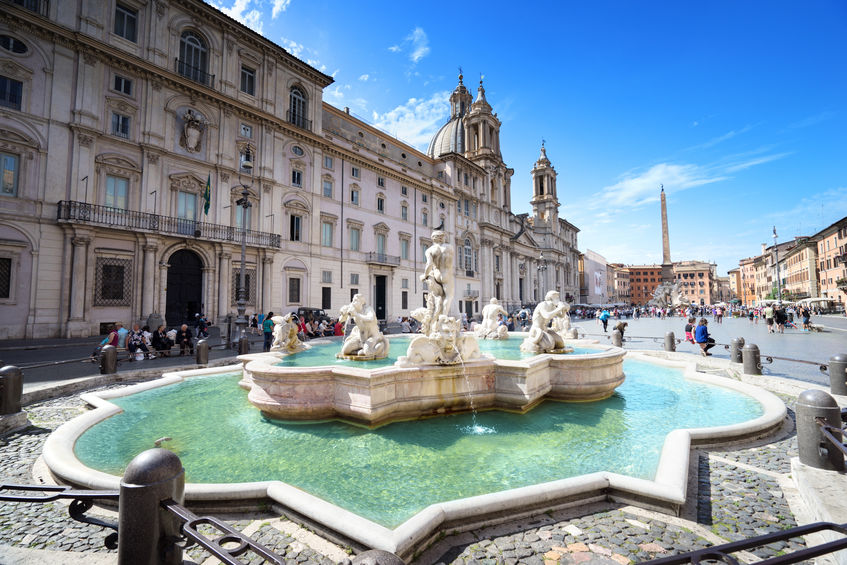 Weekend in Rome: what to see in three days

For a first taste of the most famous treasures, we propose you an itinerary for a weekend in Rome, to do even on foot. 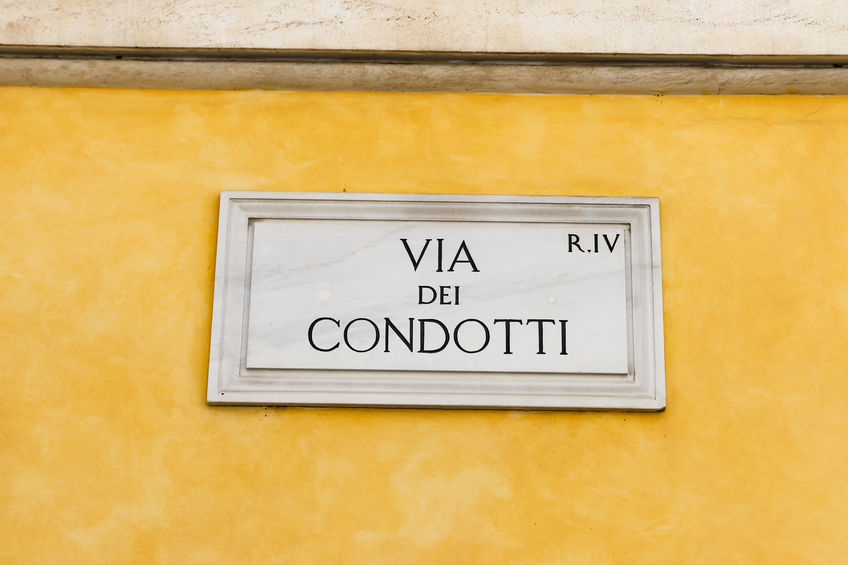 An itinerary along the shopping streets of Rome, including famous boutiques, exclusive ateliers, second-hand markets and artisan.